From 1 June to 15 August, participants can submit their work to the 2016 Estonian Design Awards competition.

At the XI Design Night, a Bruno award is given for the design of the best living environment, lifestyle and mechanical engineering product, while ADC*E web and graphic design awards and service design awards are given to the best projects in the private and public sector. Awards are also given to young designers in two categories: SÄSI to a young product, fashion and textile designer up to 30 years of age, and NOOR PÜSS to a graphic, web and service designer up to 26 years of age. Across all categories, awards are given for life-changing product design and life-changing service/smart solution. This award acknowledges and shines light on effective and innovative design solutions with substantial impact.

“During one week, the Estonian Design Awards draw the society’s attention to the best Estonian design thanks to the design competition, seminars and workshops, the design blog, an exhibition and catalogue introducing the design award nominees, and of course the top design event of the year – the awards gala,” said Head of the Estonian Design Centre Jane Oblikas, stressing the importance of the event.

The works submitted to the competition are judged by international panels:

The members for graphic and web design judging panels to be announced.
Graphic design, web design, service design and young designer works can be submitted as of 1 June in the defolio environment: defol.io.
Apply for the product design award Bruno here: edl.ee.

The terms and conditions of the competition as well as further information on the competition will be available from 1 June at: www.eestidisainiauhinnad.ee.
An exhibition is put together to feature the work of the nominees. It will be opened on 12 September in the Viru Centre atrium. The awards gala takes place on 16 September at 20:00 in the Creative Hub Black Box. The week preceding the awards gala is filled with various seminars and workshops and the panels’ feedback events.

The Design Awards are sponsored by Enterprise Estonia through the European Regional Development Fund, the Estonian Ministry of Culture, the Cultural Endowment of Estonia, Antalis, Viru Centre, BDO Eesti, Baltika and many other wonderful partners. 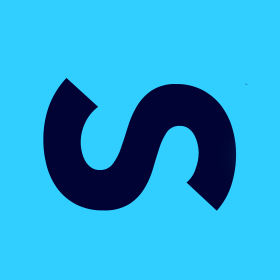 There are five tailors behind Sviiter, who work with you from first hello, through planning, designing, coding, printing until final project launch.
hello@sviiter.ee